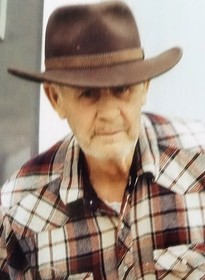 Memorial Candles Lit for Thomas | SEE ALL
Click to Light a Memorial Candle for Your Loved One
"We are honored to provide this Book of Memories to the family."
— A Simplified Funeral Solution LLC
Send
Flowers Service Details
& Obituary View
Tributes Leave a
Condolence Light
a Candle More

Thomas Benjamin Carman, 76, passed away from cancer at the Loch Haven Senior Living Community in Macon, Missouri. He was born July 26, 1941 at home in Hartford, Missouri, son of Mabel and John Carman. He attended Hartford and Unionville schools. He married Charotte Bremer of Cambridge Minnesota.

Tom enjoyed a full and happy life. His family always came first. He was a great story teller, his home was a gathering spot for brothers, nephews and friends when hunting season came around. Sharing with others in need was a gift he had, if only for words of encouragement or advice, even if a place to stay for a while was needed he would be there for you. He had dreams goals and was not afraid to step out on a limb to reach them. Had a childhood dream of gold mining, did that and was successful, most of his life was self-employed and helped provide jobs to others. Thomas taught and shared the sawmill and metal salvage business with his son Tom, supported his daughter Shawna’s dream of being successful in the equine world. In these later years sunshine was brought into his life by four Granddaughters and four Great grandchildren. His past time has been in his garden and with his chickens and the many new friends he has met while selling eggs.

Throughout his life he continued study by reading or watching programs on how to improve himself mentally and spiritually. He always said one of the things he was most proud of was setting an example by winning the battle over alcohol and tobacco
.
Tom was preceded in death by his parents, seven brothers, Paul, Franklin, David, George, Clifford, John and Keith and two sisters, Janet Carman and Rosetta McKim. Survivors include his wife Charlotte of the home, daughter, Shawnah Carman of Wickenburg AZ; son Thomas W. Carman and wife Bonnie of Martinstown; four granddaughters, Emily (Jeff) Gann of Marysville, Missouri, Megan (Josh)Vincent of Queen City, Missouri, Gloria Carman of Iowa, Maria Carman of Kirksville; two great grandsons and two great granddaughters. Two brothers, Charles Carman of Unionville, James (Alice) Carman of Wheatland; four sisters, Lela Bates, Kathy (Darrell) Thompson of Iowa, Joan Nordstrom of Amazonia, Missouri and Ann (Keith) Shores of St. Joseph, Missouri.

A Memorial Service is planned for Sunday, October 22, 2017 at the Hartford Baptist Church in Hartford, Missouri. The memorial service will begin at 2:00pm.

Memorials are suggested to the family

Services provided by Wendy @ A Simplified Funeral Solution. Condolences and video tributes can be left online at www.asimplifiedfuneralsolution.com