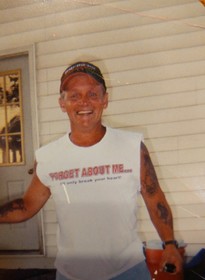 Memorial Candles Lit for Randall | SEE ALL
Click to Light a Memorial Candle for Your Loved One
"We are honored to provide this Book of Memories to the family."
— A Simplified Funeral Solution LLC
Send
Flowers Service Details
& Obituary View
Tributes Leave a
Condolence Light
a Candle More

Randy was a piddler who loved the outdoors, he enjoyed music, Bbq’s and his family. He spent many years working for his friend Tom Westfall. Some of his happiest moments were enjoyed with his family, sharing campfires with his nephew Eric.

Randy’s wishes were for cremation and a "Celebration of Life" will be at 2:00pm, Monday July 3, 2017 at the Fellowship Baptist Church in Kirksville, Missouri. Services by of Wendy @ A Simplified Funeral Solution.