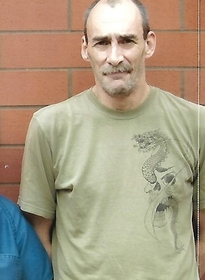 Memorial Candles Lit for Scott | SEE ALL
Click to Light a Memorial Candle for Your Loved One
"We are honored to provide this Book of Memories to the family."
— A Simplified Funeral Solution LLC
Send
Flowers Service Details
& Obituary View
Tributes Leave a
Condolence Light
a Candle More

Scott Darwin Wareing, 52, of Marceline, Missouri died on January 27, 2018 at the University of Missouri Hospital in Columbia, Missouri with his special friend Dolores by his side.

He was born July 14, 1965 the son of Darwin (Peggy) Wareing and his mother Jeanne Joiner.

He was preceded in death by a granddaughter, Alessa Rose Mulvaney.

Scott graduated from high school at Pocatello High the class of 1983 in Pocatello, Idaho. He continued his education at Indian Hills in Ottumwa, Iowa and then Kirkwood community college in Cedar Rapids, Iowa. He worked seven years for Precision Machine in Pocatello, Idaho. He excelled at being a CNC machinist, giving Shiver’s Inc. almost 20 years of being a hard worker and even better boss, before health issue made him retire.

Many of Scott's hobbies included rock hunting, watching football and anything to do with motors and racing. He was a loved son, father and proud grandfather who will be dearly missed.

He was cremated, and his remains will be interned next to his grandparents in Ririe, Idaho.

A celebration of life is set for a later date.