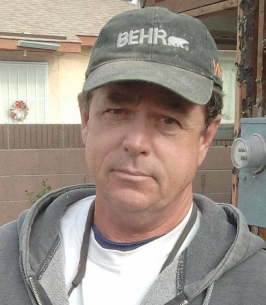 Vernon Leon Wilkins age 63 of Unionville, MO passed away Wednesday February 9, 2022 at his residence in Unionville.
Vern was born on July 23, 1958 in Modesto, CA the son of Bobby Vernon and Nana Mary Ann (Thompson) Wilkins. Vern was raised in the Modesto and Arroyo Grande areas and graduated from the Arroyo Grande High school. Following graduation he joined and proudly served the United States Navy. He was stationed in Hawaii, Japan and other bases around the world. Vern loved serving his country and proud to be a veteran. Following his discharge he began working construction in California and later moved to Unionville in 2012. He worked with Terry Campbell Construction in Unionville doing remodels and general construction. Vern enjoyed watching NASCAR races, football; especially the 49ers, basketball, and bull-riding. Vern accepted Christ and was proud to be a Christian.
Vern is survived by his father Bob Wilkins and Step-Mother Cathie of Kingsburg, CA, his son Branden Wilkins of Honolulu, Hawaii, his daughters Britney Wilkins of Honolulu, Hawaii, and Catherine Wilkins of Los Angeles, California and 3 step-children; Sabrina, Corina and Eric and his granddaughter Evie Wilkins, along with his sister Ruth Davis of Unionville, Missouri and Steve Wilkins of Arizona.
He was preceded in death by his grandparents, his mother Mary Ann Wilkins and brother Jeff Wilkins.
Memorial services will be held at a later date. Memorial contributions can be given to the family and sent to the funeral home at 355 West Front St. Green Castle, Missouri, 63544.
Casady-Luscan Funeral Solutions of Green Castle, Missouri has been entrusted to care for the Wilkins family.