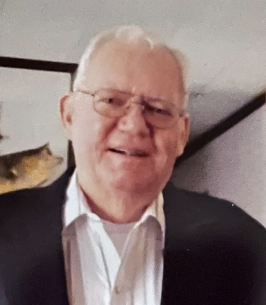 Russell Weston age 82 of Unionville, MO passed away Thursday, February 17, 2022, at the Kirksville Manor in Kirksville, MO
Russell was born on October 22, 1939, in Albuquerque, New Mexico the son of William Jesse and Bessie Leona (Holmes) Weston. The family moved to Arkansas and Russell attended the local school and graduated from the Fayetteville High School. Following graduation Russell joined the United States Navy and proudly served his country. He was stationed in California, Hawaii and Alaska and other ports. He proudly represented his country all of his life and was a faithful member and past post commander of the Unionville American Legion having assisted with numerous funeral honors over the years.
Russell was united in marriage to Peggie Sue Weston on January 1, 1984, in Las Vegas, Nevada. The couple made Nevada their home base for many years while traveling the United Stated and while Russell worked for Birdwell as a diesel mechanic at a nuclear test site in Nevada. The couple loved to travel and often hit the craft shows selling their homemade items. Russell and Peggy relocated to Unionville in 2002 to be closer to their daughter. Russell also enjoyed fishing, gardening, raising both flowers and vegetables to share with friends and neighbors. Russell was of the Baptist faith and a 50+ year member of the Mulvane, KS Masonic Lodge.
Russell is survived by his sons from a previous marriage, Kenneth Russell Weston and his wife Linda Kay of Springdale, AR, JonPaul Weston and his wife Tessa of Sapulpa, OK and his daughters, Belinda Haslatt and her husband Chad of Gentry, AR and Chandra Anderson and her husband Tim of Unionville, MO along with 14 grandchildren and 15 great-grandchildren and his brother Fred Weston and his wife Wilma of Springdale, AR.
Russell was preceded in death by his wife Peggy Sue in 2018 and his brothers; William Kenneth Weston, Frank Weston and Jim Weston.
Funeral services will be held on Saturday, February 19, 2022, at 11:00 am at Casady-Luscan Funeral Solutions in Green Castle with Pastor Howard Luscan officiating. Visitation will be held from 10-11 am. Burial will follow in the Unionville, Missouri Cemetery will military honors. Memorials can be made to the Unionville American Legion and mailed to the funeral home. Casady-Luscan Funeral Solutions are honored to have served and ministered to the family and friends of Mr. Russell Weston.