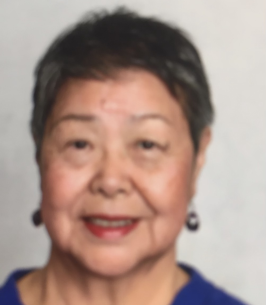 Kazuko Miller age 79 of Kirksville, MO passed on Friday evening, March 25, 2022 at The Arbors at Highland Court in Kirksville where she had been a resident since November.
Kazuko was born on July 23, 1942 in Koriyama, Japan the daughter of Tsuruyuki and Tome Yamazaki. She later moved to Tokyo, where she lived for several years and where she met and married Jerry Miller, a soldier. The couple moved to San Diego, California and then later to Kirksville, Missouri. Jerry Miller preceded her in death.
Kazuko cleaned offices in Kirksville for many years. When not working, and after retirement, she enjoyed traveling with her partner Jerry Hirsch. The couple treasured experiencing and observing the life and cultures of the world around them, both through their daily interactions with people wherever they were and through plays, concerts, museums, movies, and restaurants. Kazuko liked to sing both Japanese and American songs. Her great laugh, smile, and spirit enabled her to make and cherish friendships. When she traveled outside Kirksville, she loved to go shopping. She was a devoted follower of Soka Gakkai Nichiren Buddhism.
Kazuko is survived by her partner Jerry Hirsch of Kirksville, MO, Jerry’s daughters, Riina Hirsch of St. Louis, MO and Anna Hirsch of Oakland, CA, his mother Edith Hirsch of Chicago, IL and his brother Louis Hirsch of Chicago, IL.
She was preceded in death by her parents and siblings.
A remembering gathering for Kazuko will take place at the Du Kum Inn at 5:30 p. m. on Friday, April 1.
No flowers please. In lieu of flowers, consider donations to the Dementia Society Association Foundation Donation | Dementia Society of America®
Casady-Luscan Funeral Solutions of Green Castle, MO is honored to care and to minister to Kazuko Miller’s family at this time.